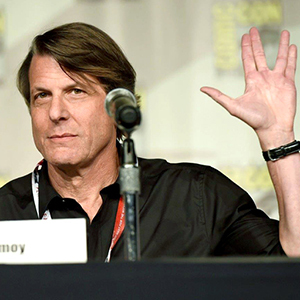 Adam Nimoy is a graduate of UC Berkeley with a bachelors degree in Political Science. He received a law degree from Loyola Law School and practiced Entertainment Law specializing in music and music publishing. Adam left the practice of law to pursue a career in the arts.

He has directed over forty-five hours of television including episodes of NYPD Blue, The Practice, Ally McBeal and Gilmore Girls. He has taught writing, directing and acting for the Masters program at the New York Film Academy in Los Angeles and at UCLA Extension.

He is the author of My Incredibly Wonderful, Miserable Life published by Simon and Shuster in 2008. 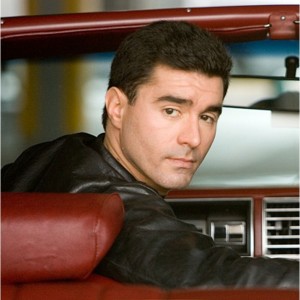 David Zappone is the owner and president of 455 Films, an award winning film and television production company based at Paramount Studios. Since its formation in 2009, 455 Films has worked with William Shatner’s Melis Productions to produce documentary and reality-based content.

After graduating from Vassar College with a drama degree, Zappone managed one of the oldest and most respected commercial real estate firms in Connecticut, the Francis T. Zappone Company. Returning to the world of entertainment, he completed an apprenticeship with the prestigious New York Stage and Film Company. Soon after, Zappone began studying with Burt Reynolds, and was a member of The Burt Reynolds Acting Company in Jupiter, Florida before making his way back to New York, where he pursued performing full-time.

After working for several years in New York City, Zappone relocated to Los Angeles, a move fueled primarily by his starring role in “Forget About It,” an action comedy starring Burt Reynolds, Raquel Welch, Robert Loggia and Charles Durning. Roles soon followed in “Dirty Love” with Jenny McCarthy and “Nina and the Mystery of the Secret Room” with Kelly LeBrock.

Zappone began his producing career with “Forget About It,” and joined production company Big Screen Entertainment Group as its Vice President of Business Affairs in 2005. In 2006, Zappone was promoted to President of Big Screen. During his tenure, the company produced the acclaimed horror thriller “Babysitter Wanted,” and the award-winning documentary “William Shatner’s Gonzo Ballet,” with William Shatner, Ben Folds and Henry Rollins.

In 2011, Zappone and producer Kevin Layne partnered with William Shatner to produce “The Captains,” a full-length documentary directed by and starring Mr. Shatner, along with Sir Patrick Stewart, Kate Mulgrew, Scott Bakula, Chris Pine and Avery Brooks. Zappone served as Executive Producer of the critically acclaimed film (nominated for a Canadian Screen Award for Best Documentary). He and Layne then produced “William Shatner’s Get a Life,” for the Epix network. Zappone also served as Executive Producer on “Still Kicking” a documentary featuring Shatner and the legendary Christopher Plummer, which premiered in January 2013 on Canada’s Movie Central network. 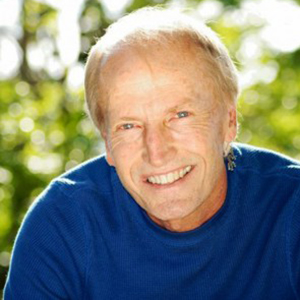 Kevin Layne, a veteran of the television and film industry, has produced, directed edited or been the director of photography on hundreds of productions in an award winning 26-year career. An extremely versatile filmmaker, Layne has helmed a wide range of projects including feature length documentaries, music and entertainment specials, promotional videos, commercials and music videos. His keen editorial sensibilities only serve as an enhancement to Layne’s Producing and Directing style. In addition to his partnership with 455 Films in Los Angeles, Layne also owns Xlerator Media Group with offices in Miami and Los Angeles.

Layne has the distinction of being nominated for or the recipient of awards in several different categories including: directing, producing, camera, editing and sound design/composition. A list of some of those awards includes 11 Regional Emmy Awards, 9 Telly Awards, an International Film and Television of New York, two Billboard Music Video Director’s Awards and VH-1’s Hall of Fame award for Gloria Estefan’s D-1 multi-layered clip, “Live For Loving You”.

In addition, Kevin has three prestigious Cable Ace Awards to his name; “Directing a Music Special” (which he shared with 2 additional directors from Nocturne Video in San Francisco), “Best Music Special”, “Editing a Documentary Special or Series” and Sound Design/Composition for “The Next Millenium” with Peter Weller. Layne has also been a part of multiple ProMax award winning videos produced by Chris Sloan and 2C Media in Miami. 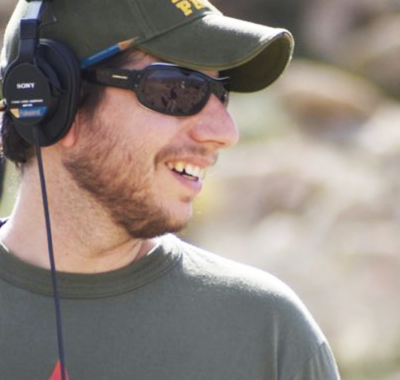 Joseph Kornbrodt is a Producer/Editor based out of Los Angeles with over twenty years experience in Hollywood. He has been blessed to work on many aspects of the creative/post production side of the film business, with many talented individuals and countless projects, primarily in theatrical and television marketing. Joseph has also edited and/or produced many short films, music videos, several documentaries and even a few television shows. The high quality of Joe’s editing and people skills are such that they are the determining factor in him spending the majority of his waking time in dark rooms with no windows and little contact with humanity.

Recent credits include “The Wind of Al-Amal,” “Get A Life,” “Still Kicking,” “The Captains Close Up” series, and the music video for William Shatner’s “Ponder The Mystery.” Joseph has also recently been involved in the marketing campaigns for “End Of Watch,” “Jobs,” “Ender’s Game” and “Thor 2.”